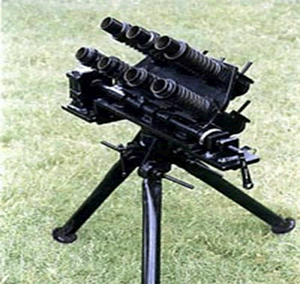 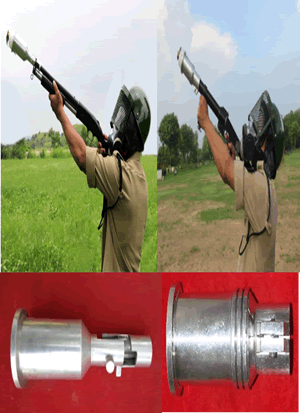 12 Bore Pump Action Gun (Commonly known as Pellet Gun) is a non-lethal weapon used for riot control by Police and other Security Forces, including BSF on International Border in Eastern Theatre. Though the pellets fired from this gun are intended to cause non-lethal injury, if vital parts of the body like face, neck or chest are hit, pellets may cause lethal injuries.

During close combat situation, a Jawan tends to aim on torso, the central part of the body. Pellets exiting from the gun scatter out in a conical formation and may hit upper parts of the body as well.

TSU has developed unique equipment called ‘Pellet Deflector (12 Bore PAG). It can be easily attached on the muzzle of the existing 12 Bore PAG. It has specific forward angle and deflects upward moving pellets below the point of aim and thus minimizes chances of serious injury to face/ eyes, neck or chest. More than- 95 – 98% pellets are deflected downwards to lower parts of the body, below the point of aim.

For commercial production, TSU transferred the Technology to Ordnance Factory lshapore, which is manufacturing it as a standard accessory with the name ‘Muzzle adaptor with deflector for 12 bore PAG’. 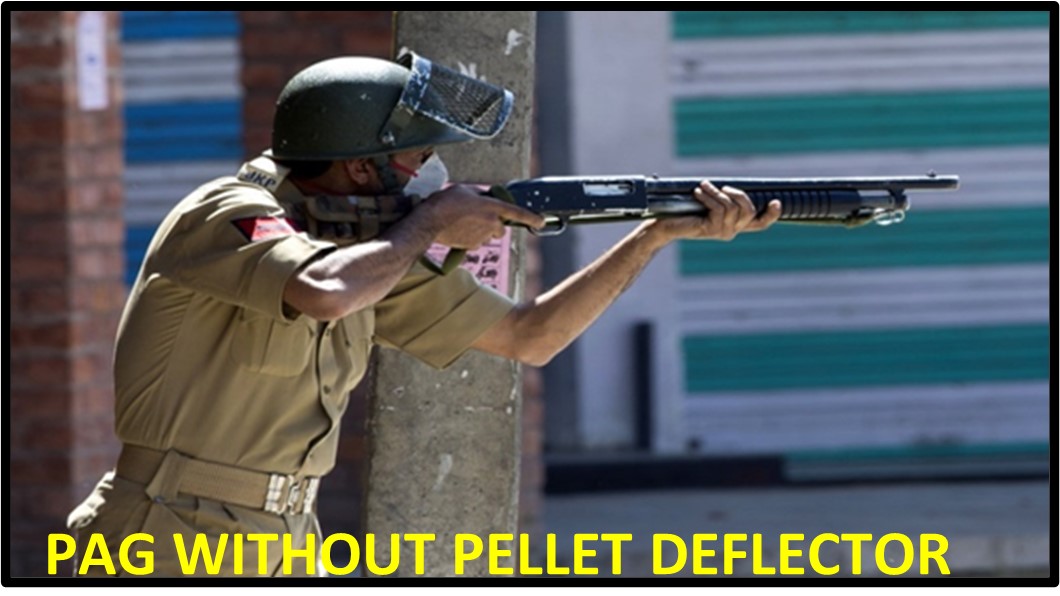 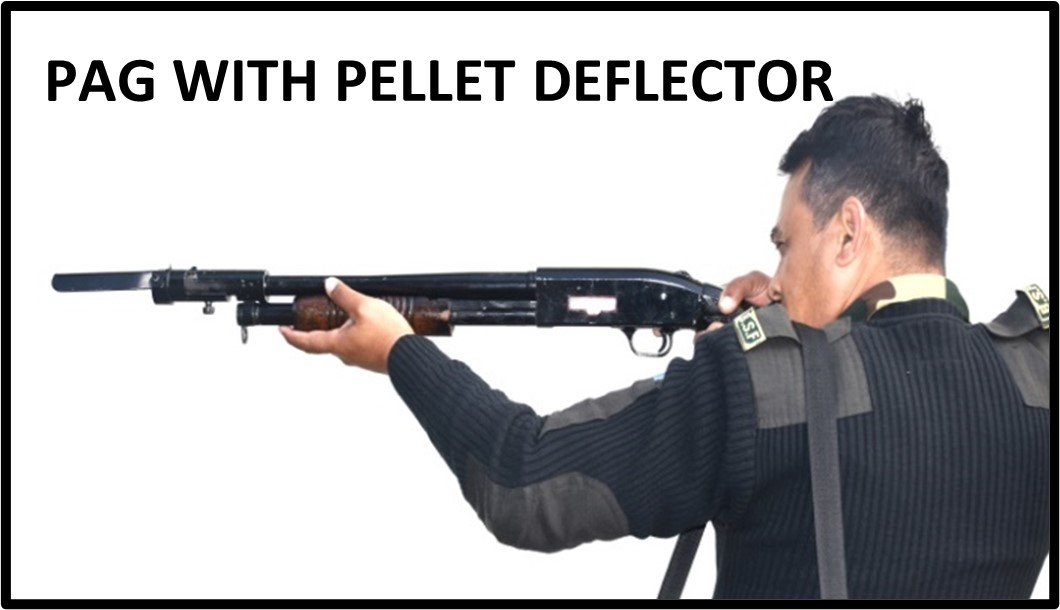 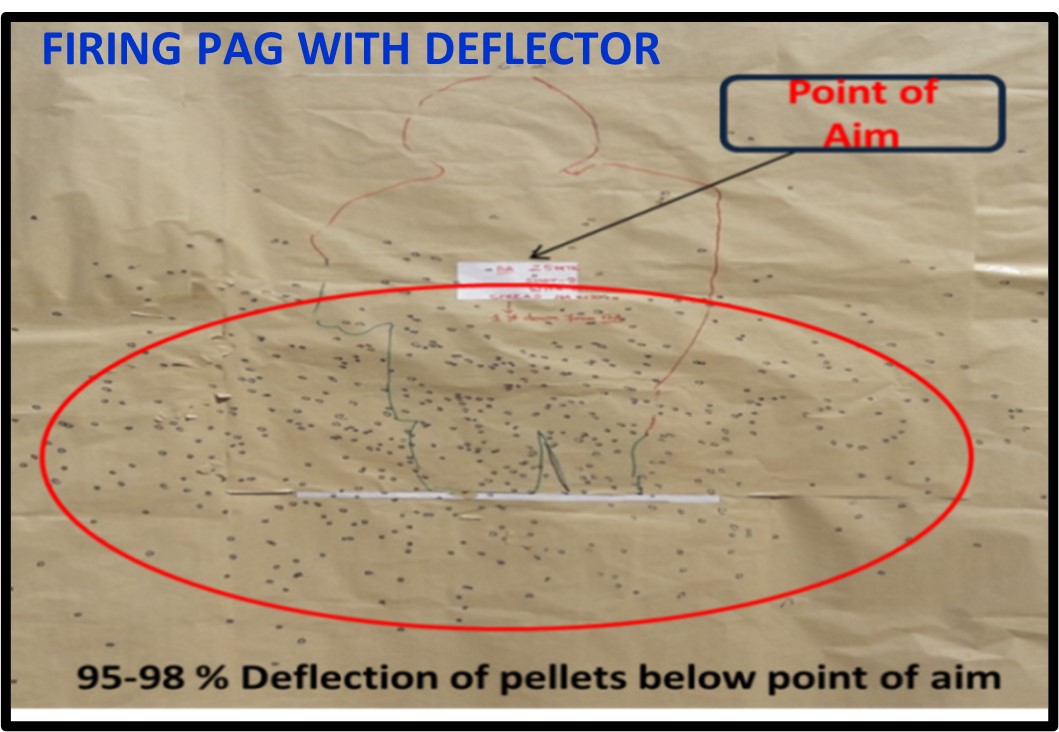 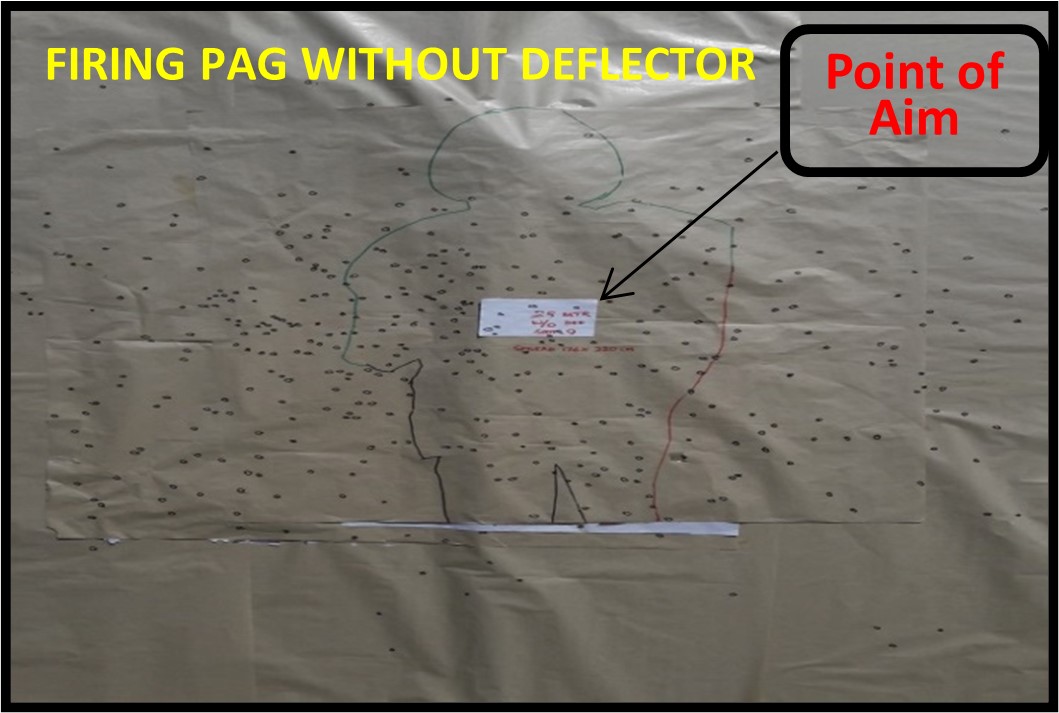